Rockin' the Wall Studios began when noted history professor and best selling author Larry Schweikart contacted Hollywood filmmaker Marc Leif about producing a documentary based on a chapter of Professor Schweikart's then forthcoming book, Seven Events that Made America, America.

The result was Rockin' the Wall, an independent documentary feature about how Rock 'n Roll helped bring about the fall of the Iron Curtain. The film was completed one year after that first conversation and in distribution about six weeks after that; an absolutely astounding record for an independent film. 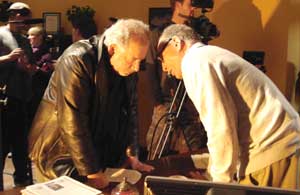 Immediately after came the start of the sequel, Other Walls 2 Fall, the continuing story of how music continues as force for freedom and liberation through-out the world. Currently in post-production, that film also marked the start of Rockin' the Wall Studios, an independent production company dedicated to producing film, television, and video that explores and celebrates freedom, individual liberty, and the values of Western civilization. 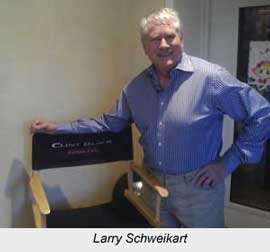 Rockin' the Wall Studios combines decades of tough, in-the-trenches filmmaking experience with a pragmatic business expertise --- all in the service of producing entertaining, challenging, and commercially viable stories.

We have a varied slate of films in production and development and offer a full range of production services. Contact us to see how we can rock your wall.