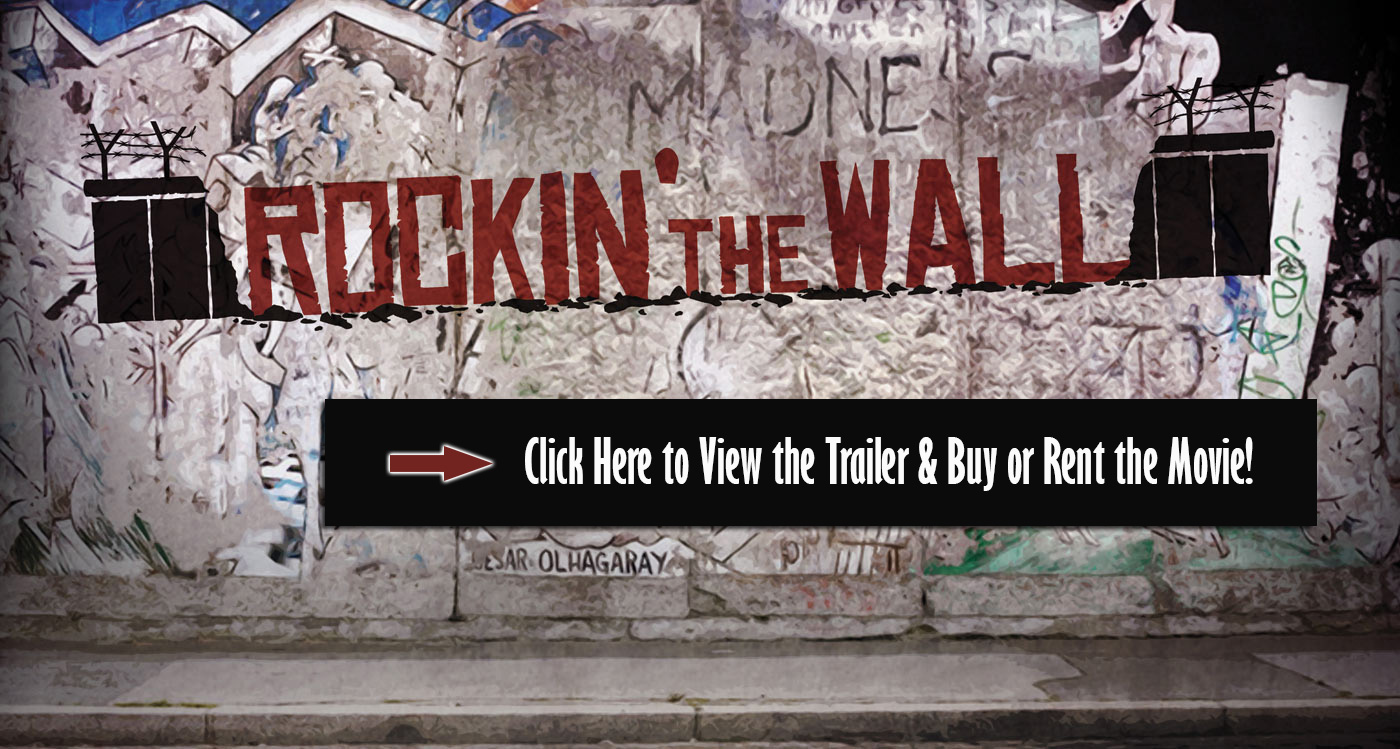 Our flagship production is the documentary feature, Rockin' the Wall. It is the compelling story of rock and roll's part in bringing down the Berlin Wall and smashing the Iron Curtain. Told from the perspective of rockers who played at the time, on both sides of the Wall, and from survivors of the communist regimes who recalled the lifeline that rock music provided them, Rockin' the Wall features new interviews and several original songs written exclusively for the film.

The message that emerges is that music is a force of liberation, and in a society like America's, where it is seldom - if ever – truly suppressed, music failed to ignite a social revolution. Behind the Iron Curtain, where the mere act of expressing one's individuality constituted a potential act of revolution, music provided the key thread upon which the anti-communist struggle gained ground.
Now in distribution and coming soon to American and international television.